A player’s playing position is his initial reference point for positioning himself relative to his teammates.

The main playing positions that can be used by a team are: 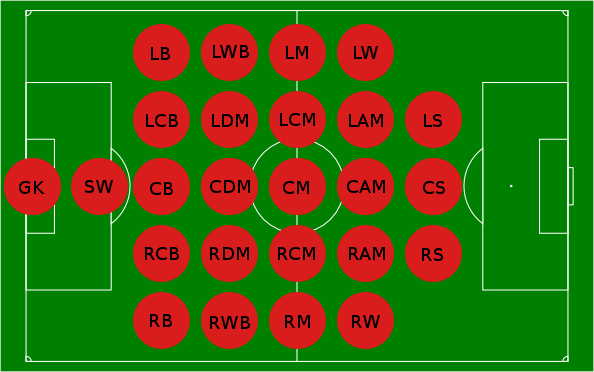 The traditional eleven playing positions used in the late 19th century were:

The following broad categories of playing positions are referred to in this guide:

The written content of all articles on this website is the intellectual property of the site owner and is protected by copyright law. You are welcome to directly link to any page on this site. However, if you wish to use extracts from the site then please ask the permission of the site owner.